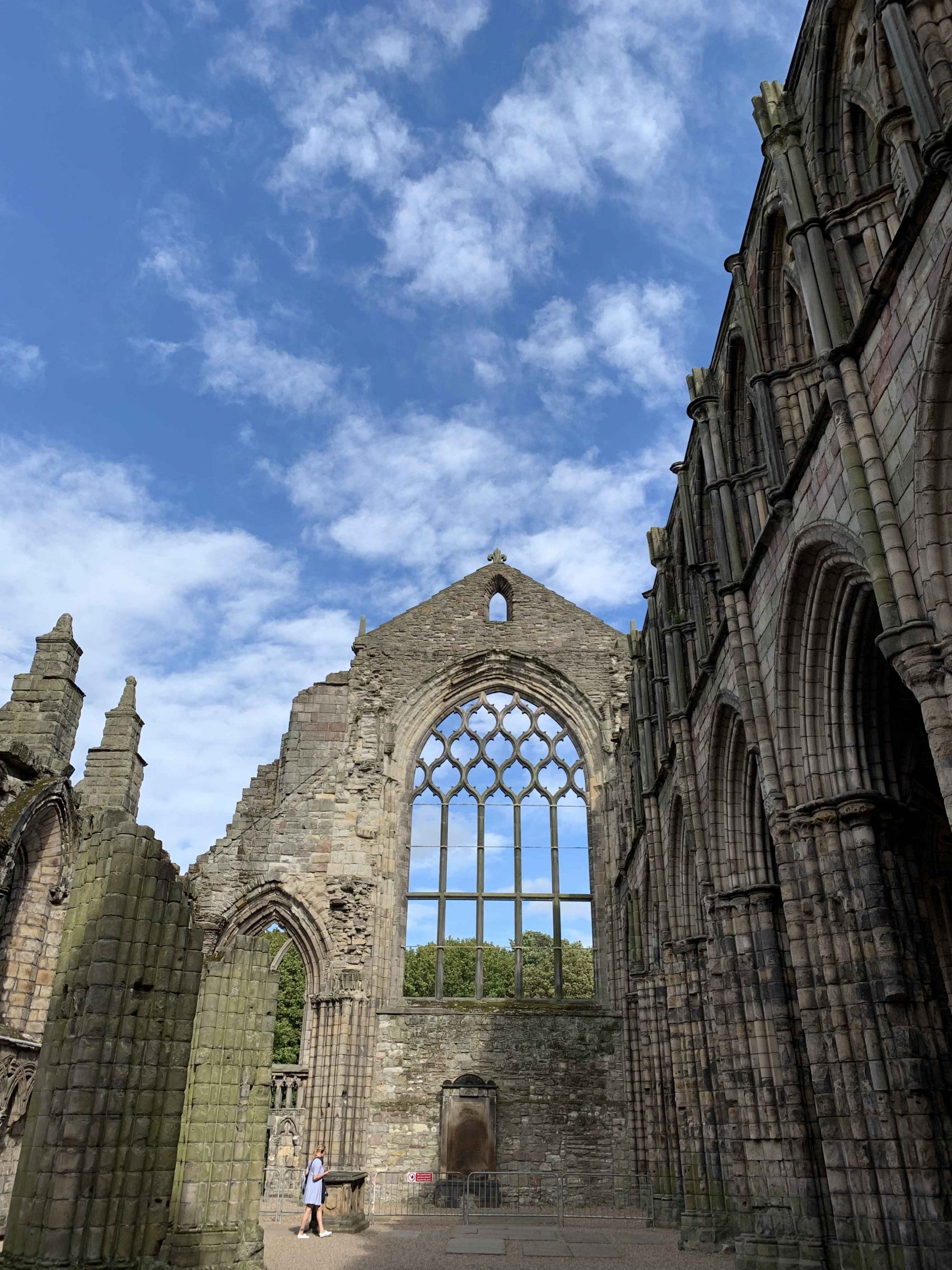 One of the most spectacular places I visited in my trip to Scotland was definitely the Holyrood Abbey, a ruined abbey located outside the Palace of Holyroodhouse, the official residence of the the British monarch in Scotland, Queen Elizabeth II.

The abbey started to suffer deformations and in 1768 the roof finally collapsed, giving the appearance that it actually has, an impressive view of an abbey with roof built with clouds and starts.

Walking around the church is just an amazing experience, walls covered with moos, pieces of stone all over the floor, huge pillars with no roof to hold, a blue sky pretending to be a roof that fall hundreds of years ago.

One of the places that I recommend to visit if you have the chance and time enough when you visit Edinburgh. A place to get lost, a monument that will never disappoint you if you like architecture and history.